The number of confirmed cases of coronavirus, covid-19, in the Brazil, reached 3904. There are 111 deaths registered so far, according to information from the Ministry of Health (MS), released on the afternoon of today, Saturday, March 28 (March 28).

Until yesterday, Friday, there were 3,417 confirmed cases of the disease and 92 registered deaths. The growth rate of infections confirmed on Friday was the highest in a single day since confirmed cases began to appear. 502 more cases than Thursday’s total were recorded, an increase of 17%. Deaths increased in 15, with São Paulo marking ten new deaths.

The name “corona” is due to the crown of thorns that surrounds it. These spines are surrounded by a layer of fat – removed from human cells themselves. It enters this layer of fat to invade other cells. Without this thin layer of fat, the coronavirus dies.

Coronaviruses are transmitted by air and mucous membranes. The virus survives for a long time in sneezing and coughing droplets. To avoid contamination through the droplets, it is recommended to stay at least five feet from people who are coughing or sneezing.

The virus is also in aerosol droplets. They are so tiny and thin that they are suspended in the air, and they mainly contaminate people who are indoors with air conditioning.

Keep social distance
Keep at least one to two meters between you and people who are coughing or sneezing. The Covid-19 virus is transmitted by droplets that are in the runny nose and saliva. The distance between people with flu symptoms prevents the droplets from reaching you.

Cover your mouth and nose when coughing or sneezing
When surrounded by people, cover your mouth with the crook of your elbow when sneezing or coughing. It is also possible to use handkerchiefs, which must be disposed of promptly after use – fold them with the used part inward to prevent the virus from spreading.

If you have a fever, cough and difficulty breathing, call the health center
If you’re feeling bad, stay home. If you have symptoms such as fever, cough and difficulty breathing, call the nearest health center. From the call, the health agents will indicate what you should do: if you should stay at home, if they will refer a professional, or if you can go to an Emergency Care Unit (UPA).

The signs of the new coronavirus resemble that of a common flu:

– Difficulty breathing in some cases

– There may be pain in the body

– There are cases of diarrhea

– There may be infection of the lower respiratory tract, as in pneumonia.

There are people who do not develop any symptoms.

Average incubation period: five days, with intervals that reach 12 days – period in which the first symptoms take to appear since the infection.

Underreporting makes it difficult to fight covid-19 in Brazil 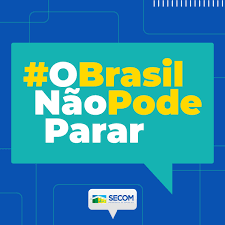